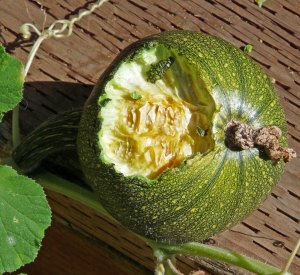 Today was the Open House for the new Fall 09 Dirt to Dinner program. We focused on three things. Getting to know one another and the garden. A chance to get more familiar with the different responsibilities we’ll each be taking on in the garden this session. And an exploration of some of the seeds that are available in the garden and that we will use this Fall to plant both here and at home.

During today’s Seed Hunt, kids spotted seeds in the garden including onion, celery, edamame, green bean, pumpkin, corn, grass, dandelion, lettuce, potato, lemon, cucumber, watermelon, tuscan melon, tomato, tomatillo, pepper, squash, pea, sunflower and “bird seed.” How many of them could you identify? We’ll be saving seed from many of these varieties to use again next year. I’ve already planted some of the celery seed we saved and hope to see it sprouting this week.

Many of the kids planted seeds to take home with them, made seed jars to watch sprout and tried several varieties of cucumber and melons–while noticing that their seeds all look very much the same. Sometimes it’s easier to tell which plants belong to the same family by looking at their seeds than it is by looking at the finished fruits. 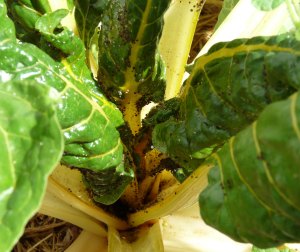 One enterprising student matched up a number of the seeds by plant family and noticed that it’s almost impossible to tell the difference between seeds for chard and seeds for beets. In fact, Harold McGee in On Food and Cooking says “Chard is the name given to varieties of the beet, Beta vulgaris, that have been selected for thick, meaty leaf stalks (subspecies cicla) rather than their roots.”

One of my highlights of the day was hunting through the finished compost pile with one new young gardener intent on checking out the various bugs we found there. I was also impressed with the spontaneous way the kids joined in the potato harvest. We’ll be saving many of the potatoes they planted today through the winter to be used as seed potatoes in the early spring.